7th February 1989. Bill Bullard, President of the Revesby Workers’ Club, gathered a group of club members together with an interest in gardening, for the purpose of forming a Garden Club. These members were Bill Maher, Bob Downey, Joy Fiveash, Phyllis Johnstone, Phoebe Bowden, Bill Pemberton, Olive Mclean, Robyn Elmer and Phyl Kinsey. Phyllis Johnstone wrote to the Garden Club of Australia seeking information and any literature that would assist with the forming of the Revesby Workers’ Garden Club and to affiliate it with the Garden Club of Australia.

22nd February 1989. A letter was received containing suggestions which would assist in making the new club attractive to members.

4th March 1989. The first meeting of the Revesby Workers’ Garden Club was held. A decision was made to meet on the first Saturday of the month except January. Elections were held with Joy Fiveash as President, Bob Downey as Vice President, Phyllis Johnstone as Treasurer, and Bob Downey as Social Secretary. Phoebe Bowden and Bill Pemberton were willing to act as delegates to the Garden Club of Australia with Bill Bullard as Liaison Director. The Revesby Workers’ Club donated $250.00 for early expenses and provided a pigeon hole at Club Reception for correspondence. At the suggestion of Bob Downey, a library was begun and plans were put into place to open a bank account. Plant cuttings were sold at the meeting and a Membership Fee of $3.00 per annum was set.

1st April 1989. Books were donated for the Library and it was agreed that these would be loaned to members for a 4 week period. A tour to the Rhododendron Park at Wollongong was contemplated and Bob Downey accepted esponsibility for the arrangements. Speakers for the next meeting were discussed and Bob agreed to act as Secretary until one was officially appointed.

6th May 1989. The first plant stall, arranged by Joy Fiveash, was held in conjunction with a local Fun Run. The Garden Club was awarded a trophy for the best decorated stall.

3rd June 1989. Bob Downey wrote the first Garden Club article to appear in the Revesby Workers’ Club journal. The Bank balance stood at $308.20. Phoebe Bowden was appointed Publicity Officer. At this meeting it was decided to meet on the 1st and 3rd Saturday each month – the first Saturday for business and the third Saturday for guest speakers. Correspondence was received from the parent body advising that Executive Members of any interclub must also be members of the Revesby Worker’s Club. Mrs. Isobel Dale was elected Secretary.

July 1989. The Constitution was planned, an Attendance book and Library register commenced and guest speakers were suggested. Mr. David Lee was invited to speak at the September meeting. A Christmas function and fund raising activities were also suggested. The draft Constitution was presented to the parent body and to the Garden Club members.

5th August 1989. Membership had grown to 18. Tours were suggested and the Constitution was finalised. The Christmas function, a barbeque, to be held at the RWC Sport and Recreation Club on 16th December commencing at 1.00pm. A visit to a Japanese Garden was scheduled for Monday 28th August.

September 1989. Plans were made for an AGM in November. The Constitution was printed and distributed to the members who decided to cater for the Christmas barbeque.

October 1989. General business was discussed and nominations for positions were made for the AGM.

December 1989. Christmas barbeque was held. It was decided to hold charity raffles at each monthly meeting to support the Revesby Workers’ Club charity. Funds from the sale of plants were to go directly to the Garden Club.

1997 The Revesby Workers Garden Club MEMORIAL GARDEN AND PLAQUE, dedicated to deceased members of the Garden Club, was planted with weeping cherries and assorted flowers.

It was later vandalized and in the interests of safety was taken down to be set up at a later date.

1999 OLIVE McLEAN was nominated to the GARDEN CLUBS OF AUSTRALIA for her services as Vice President and Publicity Officer to the Revesby Workers Garden Club.

2006  PHYLLIS JOHNSTONE was awarded a LIFE MEMBERSHIP of REVESBY WORKERS GARDEN CLUB for her length of membership, as a founding member, and her service through various positions as President, Vice President, Secretary, Ass. Secretary, and Treasurer of the Garden Club.

2014  A CELEBRATION, with cake cutting, of the 25th ANNIVERSARY of the founding of Revesby Workers Garden Club, was held in March at the Mooney Mooney Club. During this ceremony, a LIFE MEMBERSHIP was bestowed upon Noreen Nolan and Jean Apter, for their length of service, and dedication in many areas of service to the Garden Club.

PHYLLIS JOHNSTONE 1989 – 2013
THE LAST OF THE FOUNDATION MEMBERS 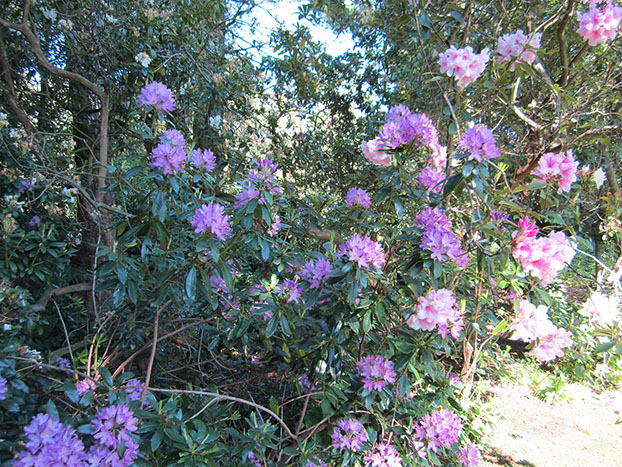 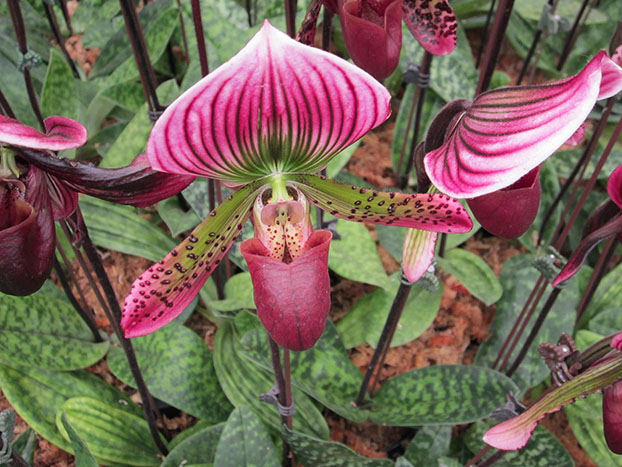 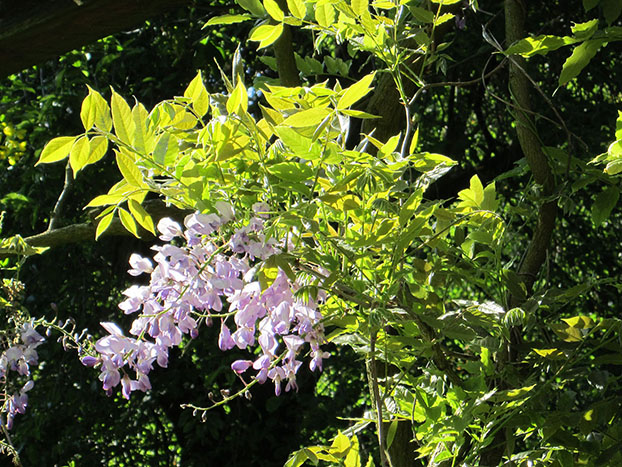